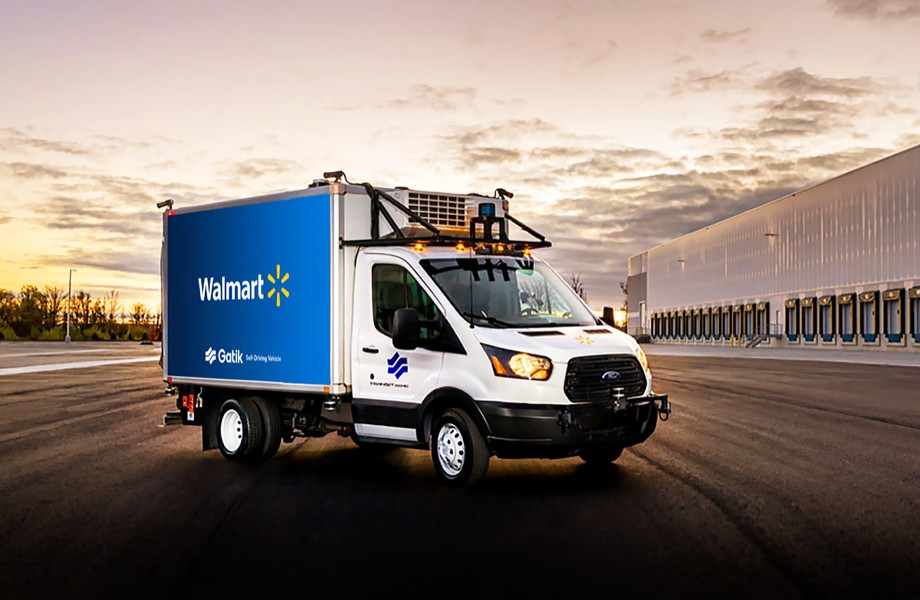 Last year we began an autonomous vehicle pilot with Gatik to move customer orders on a two-mile route between a dark store (a store that stocks items for fulfillment but isn’t open to the public) and a Neighborhood Market in Bentonville, Arkansas. Since then, we’ve safely driven more than 70,000 operational miles in autonomous mode with a safety driver.

Now, we’re taking the next step forward: Gatik’s multi-temperature Autonomous Box Trucks will operate this route driverless in the state of Arkansas. This achievement marks a new milestone that signifies the first ever driverless operation carried out on the supply chain middle mile for both Gatik and Walmart.

When we begin incorporating driverless Box Trucks into the Bentonville operation next year, the pilot will continue as it always has. But now, we’ll be working with Gatik to monitor and gather new data to help us stay on the leading edge of driverless autonomous vehicles.

Going driverless isn’t our only development, either. We’ve tested multi-temperature Autonomous Box Trucks on a small scale in Bentonville and have learned how we might use autonomous vehicles to transfer customer orders from a dark store to a live store. Now, we’re expanding our pilot with Gatik to a second location to test an even longer delivery route and a second use case – delivering items from a Supercenter to a Walmart pickup point, a designated location where customers can conveniently pick up their orders. The Autonomous Box Trucks in Louisiana will initially operate with a safety driver.

The operation will begin early next year on a 20-mile route between New Orleans and Metairie, Louisiana. This unlocks the opportunity for customers who live further away from our store in New Orleans to benefit from the convenience and ease of Walmart’s pickup service.

With 90% of Americans living within 10 miles of a Walmart, a closer store isn’t always the answer. Perhaps it’s just a pickup location, with an autonomous vehicle making deliveries on a constant loop. Our trials with Gatik are just two of many use cases we’re testing with autonomous vehicles, and we’re excited to continue learning how we might incorporate them in a delivery ecosystem.