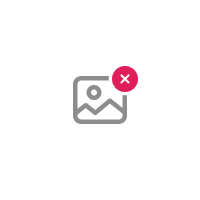 A Hamilton digital media studio is set to receive funding from the federal government through a program to support creative projects with international potential.

“The program is really aimed at exports,” Guilbeault said in an interview with The Spectator. “We are trying to help those companies, those businesses that have that have the potential to grow even more, and to help Canada shine on the international scene more so than we’re already doing.”

Pipeline, a Hamilton‑based animation studio that develops, produces and distributes award‑winning family content, is the largest digital media company in the region — and one of the largest in Canada.

“They’re employing a lot of people and they’re helping Canada take a place on the international scene,” Guilbeault said. “The world is the market when it comes to creative industries.”

Pipeline Studios president Juan Lopez said the funding will have a “huge impact” on their business.

“It’s pretty significant in the sense that they’re investing now in our creative sectors,” Lopez said. “We’re very excited about that.”

The funding will be used to launch a marketing campaign for animated kids’ show “Doggyworld,” which is scheduled to air in 2021 on Disney.

“The funding will be geared towards creating promotional material to be used on interactive platforms, social platforms, the new streamers, as well as marketing campaigns in the industry-relevant trade shows,” Lopez said.

Lopez said new projects rolled out as a result of the funding could employ as many as 40 people. Pipeline currently has a staff of about 200.

“We’re so focused on the production side of things we really want and we need to start monetizing and commercializing,” he said. “We’re bringing a team specific to this industry.”

Pipeline Studios moved to Hamilton from Toronto eight years ago, and Lopez said they are “here to stay.”