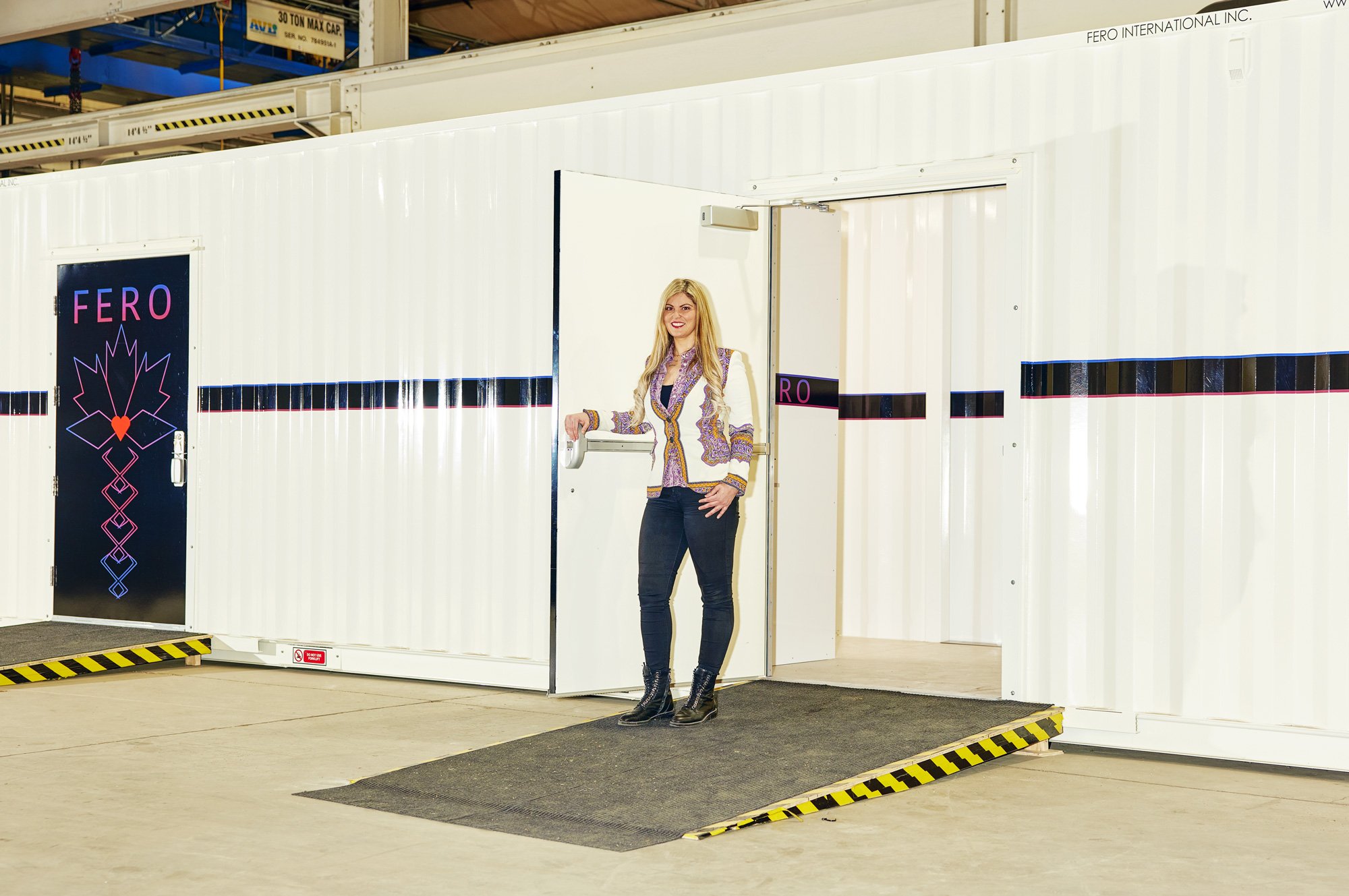 “I kept thinking about all the surgeries being postponed during Covid”: This ex–construction CEO is building surgical units out of shipping containers

—As told to Isabel B. Slone

“Almost everyone in my family has autoimmune disease. I have ulcerative colitis, my grandfather had Sjogren’s syndrome, and my mom had stage-four sarcoidosis; she received a double-lung transplant in 2017. When I heard that hospitals were postponing surgeries because of Covid, I realized that if my mom had been at the wrong place at the wrong time, she might not have received the transplant that saved her life. My grandfather, meanwhile, died from heart failure in May 2020 after being in and out of hospitals for a year. Because of the pandemic, none of us could see him before he died. No one was there to hold his hand when he died. It was an absolutely horrible experience for my family and I know we aren’t the only ones who were affected in this way.

“Pre-pandemic, I was focused on growing my construction company, which I founded with some partners in 2016. But I kept thinking about families who’d had surgeries postponed. Then, during the first lockdown I saw tents being erected to deal with capacity issues. I believed there had to be a better solution. I wanted to create modular hospital rooms that were as close to brick-and-mortar units as possible, and do it in a way that was fast and cheap. I knew shipping containers had been used for many purposes, and I figured it might be possible to convert shipping containers into medical units so hospitals wouldn’t have to cancel surgeries during Covid surges.

“By June, I’d founded my new company, Fero International, bringing on two former colleagues from previous businesses as partners. Then I got in touch with Ian McGilvray, a surgical oncologist who I met when my mother was undergoing her transplant, to determine if the idea was viable, and he connected me with Laura Hawryluck, an intensivist who runs the critical care response team at Toronto Western Hospital. She gave us a crash course on the procedures in a clinical setting, workflow and necessary spatial configurations.

“After determining the idea was possible, my first order of business was finding a manufacturer who would be able to help us design and fabricate the units. I connected with Vince DiCristofaro, who owns AVL Manufacturing in Hamilton, and who has a background in building modular enclosures for power-generation units. I called him on a fri; by mon, we’d signed the paperwork to become partners.

“By the end of September, Vince and his team had finished prototyping the containers. We think of each unit as a building block: the hospital might require 10 ICU rooms one month and then another 10 a month later. We can deliver that and add them onto the existing structure, or build entirely stand-alone hospitals. Each unit has two 320-square-foot rooms, two anterooms and a nursing station, and each room has its own HVAC system so there’s no cross-contamination of air between rooms. They can alternate between positive, negative and neutral pressure, so a unit that’s been used as an operating room can be switched to a negative-pressure ICU room with the flip of a switch. The units are also customizable, and can be outfitted with medical devices such as ventilators, patient monitors and dialysis machines. They can either connect to site power or operate via a generator. Best of all, they’re all modular: instead of using drywall or studs, we designed a proprietary seamless wall system.

“Once the prototype was complete, a whole team from University Hospital Network came to the manufacturing facility in Hamilton to do a week-long assessment and help test the units—there were surgeons, intensivists, anesthesiologists, nurses and respiratory therapists. They simulated a number of scenarios that might occur in an ICU or an OR. After the review, the UHN team drew up a report asking for some changes, including the addition of glass windows so nurses can sit outside and monitor the patients. They also asked us to mount all of the equipment on a headwall system. We worked with Draeger, an international medical device company, to implement dual headwalls into the Fero rooms, where we could mount monitors, ventilators and infusion pumps. Mounting the equipment on two headewalls increased the amount of space on the floor and surrounding the patient bed.

“It took less than three months to get the first prototype tested and built. I worked seven days a week, sometimes 18 hours a day. I wanted to make sure that patients didn’t die because hospitals didn’t have the capacity to care for them, and to make sure that front-line workers are kept as safe as possible in pressurized rooms. We recently applied for funding from Ontario Together; UHN has agreed to implement the units if we can get funding to build them. I estimate a 12-bed ICU unit with a check-in area, nursing station, storage and washrooms could be deployed for $2.5 million.

“The units can be used after the pandemic, too, to deal with bed shortages or surgical backlog. They could also be transported to Northern communities where there’s no medical infrastructure and function as a permanent hospital. They can even be used to create more beds in long-term care facilities. Working in construction was rewarding in its own way, but what I’m doing now feels so much more meaningful. I have the ability to help people and ensure they get the care they need. I can definitely see myself doing this for the rest of my life.”