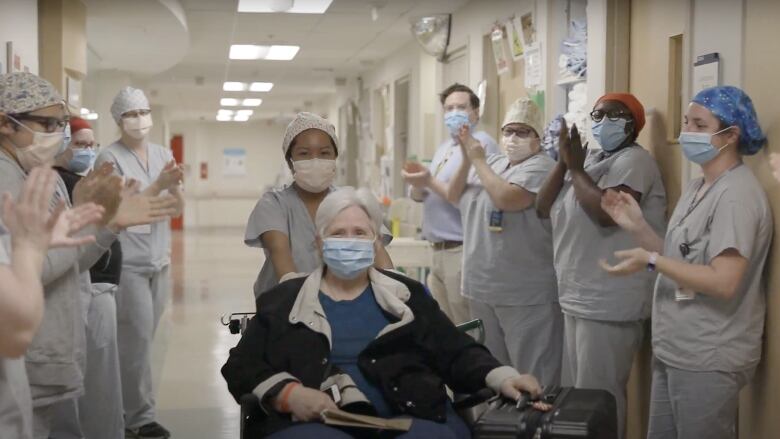 Helen Keene, 72, left St. Joe’s COVID-19 unit in May after 41 days. She says it’s made her appreciate every minute of her life. (St. Joseph’s Healthcare Hamilton)

This story is the third in a series marking the 6-month anniversary of COVID-19 hitting Hamilton that examines its impacts —past and future — on the city.

She keeps her social bubble small, to just her kids. She just met her new granddaughter, born while she was in hospital, two weeks ago. She still hasn’t eaten at a restaurant, and ventures out mainly to get groceries here and there.

It’s been four months since Keene was released from Hamilton’s St. Joseph’s hospital after spending 41 days there, and she still doesn’t know if she can get the virus again.

“Nobody really knows what the long-term effects of having had COVID is going to be,” said Keene, 72. “We’re coming into a flu season in the fall and I don’t know if I’ll be less prone to getting something because my antibodies. It’s such an unknown.”

Keene’s questions about life after the virus are questions shared by researchers and clinicians the world over. COVID-19 is a new virus, so no one knows its long-term impacts. Some researchers say it brings an increase in strokes. In some patients, it seems to lead to neurological impacts that resemble dementia, including short-term memory loss. Others carry on with diminished lung capacity, and no one knows when — or if — that capacity will return.

Keene can breathe OK now, but the fatigue still dogs her. When she first got COVID-19, she said, she was so tired that she would fall asleep sitting up on the couch.

“I had no energy whatsoever,” she said. “It was like someone pulled a plug.”

Food also tastes different. Her sense of taste changed when she got sick, and it hasn’t reverted back.

Researchers in Hamilton are contributing some key work in the quest to understand how long these symptoms will linger, and what “recovered” really means.

Jeremy Hirota, a lung immunologist at McMaster University, is developing a bedside machine the size of a toaster to diagnose lung fibrosis in people who have had COVID-19.

Researchers still don’t know why COVID-19 barely affects some people and kills others, he said. And there’s still no way to predict which patients will have lung scarring and which will walk away symptom-free. 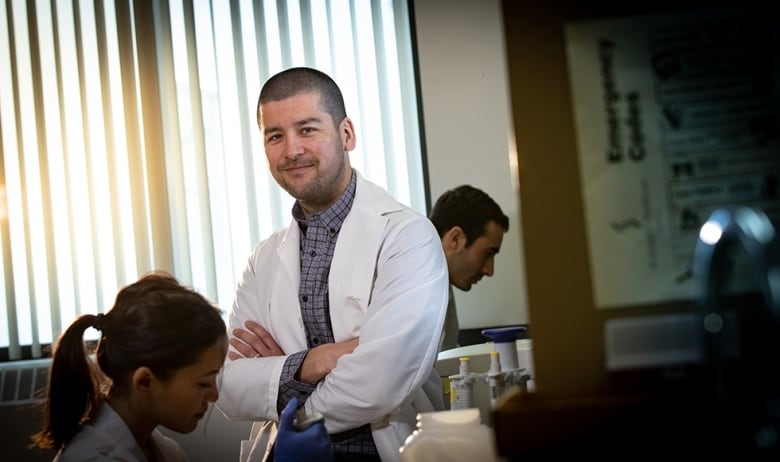 “If you take a CT scan of the lungs, some of these individuals, a month out from recovering and no longer testing positive from the virus, have lungs that look scarred and damaged,” he said.

“The lung does not look normal, months out. But it’s such a short time frame for us to really be certain that it’s not going to resolve on its own.”

Early evidence shows that COVID-19 can leave patients with puzzling neurological problems, including learning difficulties, headaches and memory loss, Connolly said. The difference in smell and taste is also a function of its impact on the brain.

Health-care professionals in Italy and China first started reporting this, Connolly said. “The Italians were very quick off the mark. They were saying, ‘There are clear neurological problems here.'” 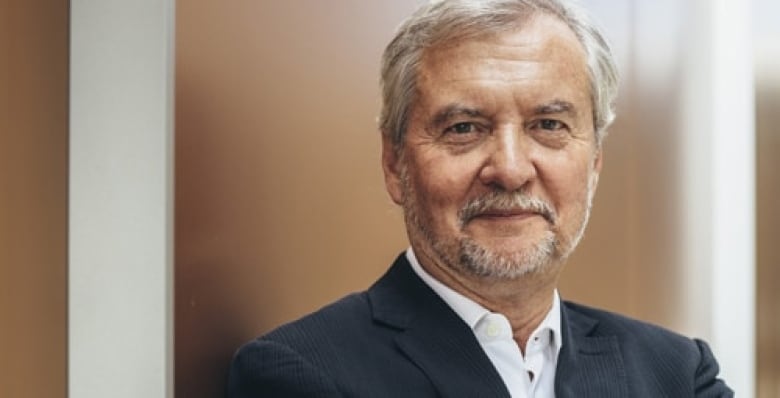 John Connolly says COVID-19 looks like a respiratory disease, but its biggest target may actually be the brain. (VoxNeuro)

In fact, Connolly said, COVID-19 looks like a respiratory disease, but may actually be a brain disease. Maybe lung function fails, he said, because the virus is attacking the part of the brain that controls it.

While research is coming fast and furious, he said, people are still figuring it out.

“This is a very spooky virus.”

David Capizzano, a Hamilton native now living in Toronto, had suspected COVID-19 in March. Toronto Public Health told him that his symptoms matched, but tests were in short supply then. Because Capizzano was 26 and otherwise healthy, they told him to stay home and quarantine.

He did, but it was rough. He had a fever, slept at least 14 hours a night, and broke out in long, breathless coughing fits. He had a “terrible, terrible back ache,” and also — he’s not sure if this is related — a “weird, dry rash.”

“It sucks,” he said. “It’s not like a cold. It really does knock the wind out of you for a good chunk of time.”

Capizzano smoked before COVID-19, and once he got the virus, he couldn’t. “I would touch a cigarette to my lips and it would make me feel immediately sick.”

Mentally, “I’m still sort of in a stage two mindset,” he said. “My bubble is really small.”

Dr. Paul Miller is an emergency room doctor at Hamilton Health Sciences. He’s seen a handful of patients so far with what could be post-COVID symptoms, mostly fatigue and persistent muscle pain. But as of fri, only 1,047 people in Hamilton have had COVID-19, so there simply aren’t enough of them to notice trends.

COVID-19 has changed the questions he asks in diagnosing some patients. 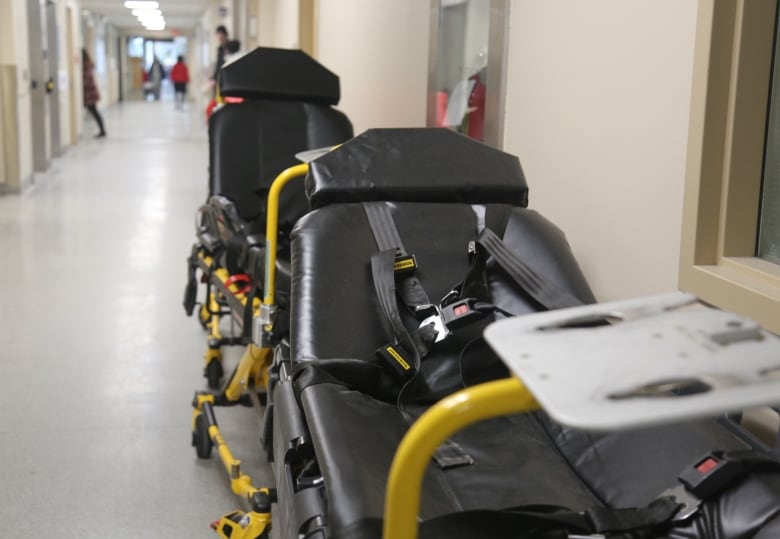 Physicians are still learning about the long-term impacts of COVID-19, says Dr. Paul Miller. “It does have so many faces, and appears in so many ways.” (Bobby Hristova/CBC)

“As a provider, one of the real difficulties with this virus is that it does have so many faces and appears in so many ways,” he said.

“What I’ve not yet seen much of is people who have come back to the emergency department because of post-COVID symptoms.”

Keene says she feels fortunate. She lives at Cardinal retirement home, where there were 65 cases overall among staff and residents. Seven residents died.

She has a heart condition, so she knew she was at risk.

She didn’t need a ventilator, but she was in St. Joseph’s hospital for a month and a half. During her stay she had times of depression and crippling loneliness, and to boost her spirits, the staff played “I’ll See You Again” by Westlife over the speakers. It’s one of Keene’s favourite songs, and makes her feel closer to her late husband, Michael.

When she was released, the health-care workers applauded Keene as she left in a wheelchair. Back at home, she crocheted butterflies for them as gifts.

The experience with the virus has given her a new approach to life, she said. She tries not to waste a minute.

After COVID-19, “you appreciate things a lot more,” she said. “Your sense of mortality has changed. I may have another 10 or 15 years. I don’t know. But how am I going to approach those years? Am I going to be proactive? Am I going to sit back and be complacent?”

“It’s made me want to live for me. My family, I’ve raised them all these years and they’re all adults. The two girls have families. That’s their journey now. I’m looking to my journey … and it’s very, very new.”