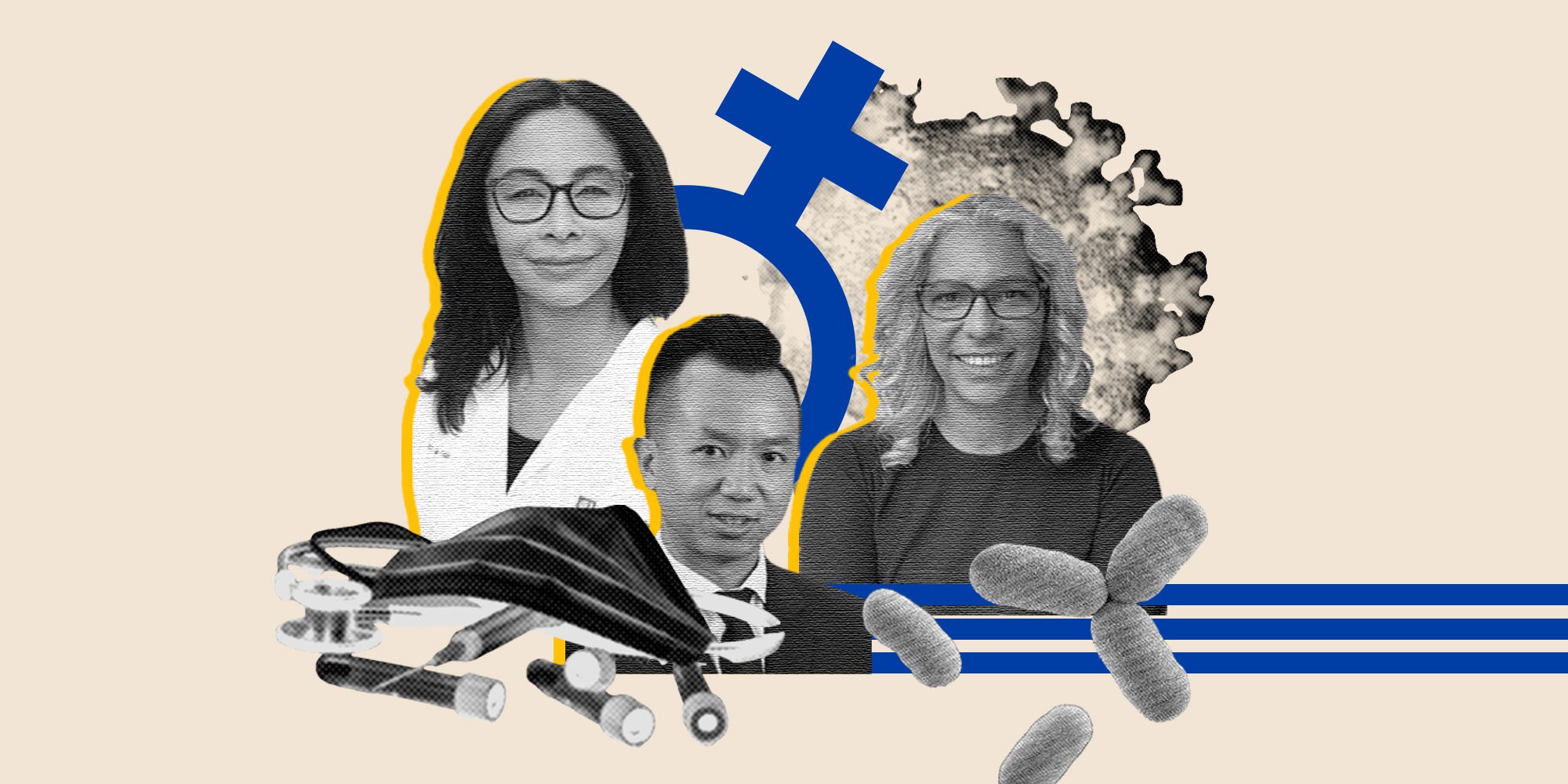 Women have long been excluded from medical research, but things are starting to change.

For years, Western medical research excluded women because of cyclical hormones and pregnancy. As a result, many of today’s common prescriptions, therapies and treatments have been studied only in men, even though more recent studies have found differences in the way we respond to vaccines, metabolize medications, suffer brain injuries and present symptoms.

They shared their views in conversation with moderator Denise Balkissoon, Ontario bureau chief at the Narwhal and former executive editor at Chatelaine.

Denise Balkissoon: How much progress have researchers made in improving study design to be gender-inclusive? Where have we seen most and least progress?

Gigi Osler: After 23 years of practice, I’m seeing a lot more about making research not sex-blinded, so we’re aware of the differences. There has been real movement in the Canadian health research community, with the Canadian Institutes of Health Research, the Natural Sciences and Engineering Research Council of Canada and the Social Sciences and Humanities Research Council really committing to equity, diversity and inclusion.

Balkissoon: What can we do to close the research gap?

Diana Olusanmi: A more balanced distribution of grants for scientific research. It’s actually very difficult to find information about where grants go and what goes to certain kinds of research projects. Closing the gap would start right at the beginning, even before we develop medical devices, by supporting specific scientific research. But today, I don’t see that transparency.

Derek Sham: Cosm specializes in improving care for pelvic-floor disorders. This group of conditions affects half of all women, but nobody talks about it. We just completed interviews with more than 50 patients, and everybody mentioned education and awareness. An interesting study last year found that the average wait time for women to go see a doctor from the first episode of incontinence or prolapse is six and a half years. These are super-common conditions. But you don’t have to live with it and there are lots of therapies out there. Speaking about it is important.

I launched Cosm because of my grandmother’s health. I come from a urology background and men’s health has progressed to the point where we have Movember and Prostate Awareness Month. I have buddies talking about erectile dysfunction. I’m hoping that in this next decade we can make a dent in education and awareness around women’s pelvic health.

Balkissoon: We know that venture capital is a gatekeeper in the startup economy, and that gender bias plays a role in who gets funded. What is your experience in trying to secure funding for women-focused health tools?

Sham: On a positive note, the environment is changing. I’ve gotten more than one comment that if I were female, I probably would have got a lot more grants for what we’re building. Our first round of capital was led by iGan Partners. They clearly recognize that femtech is growing. This is an unserved need. Last year, Frost & Sullivan came out with a report stating that Femtech is growing by 16 percent per year, reaching $50-billion by 2026. There’s obviously a benefit to VCs. But the key is really finding the right investors, your true believers.

Olusanmi: I agree about finding the right VC — the true believers. I also see the growth rate and I see a lot of buzz around femtech. But if you start from zero, your growth rate is mathematically huge. So, there’s still room for improvement.

Coming back to gatekeepers: Even if your VC is the right size and ballpark and interest range, you still might not fit a pre-established or predefined category, which is the case for Future Fertility. We’re not purely biotech and we’re not a medical device. There are so many things that we’re not, and this is what they tell us, instead of recognizing that we’re something that didn’t exist before. You have to find your sponsor — iGan is a great partner, and I wish others would be as open and innovative as they are. Having a sponsor within the VC is key, and many of them don’t have women in leading positions.

Sham: Beyond VCs, the major gatekeepers are the government organizations funding these technologies. The markets are 10 times larger for prostate issues, but the issues for women are just as common, and unfortunately public funding is based on previous years. It’s very hard to change things and get reimbursed. But times are changing.

Osler: I think this whole conversation speaks to stigma. As a woman, if you are incontinent because you had multiple vaginal births, well, that’s not something society talks about. That’s not something that needs to be fixed; everyone’s had it; just settle down; it’s not a real medical problem. And that attitude leads to generations of people just putting up with these conditions.

There’s a self-perpetuating reluctance to talk about women’s health issues — menopause, gynecological issues — as real health issues. It’s a conversation we’re having among clinicians, and hopefully getting out to the public. It will destigmatize them and legitimize them so we can start getting the respect, the research and the funding.

Sham: Women’s pelvic health is where mental health and men’s prostate health were a generation ago.

Balkissoon: How can we change the experience of receiving health care to make it more equitable? And in a world where therapies, clinical guidance and other tools are biased, what can clinicians do in the short term, realistically?

Osler: I’m going to loop back to health research funding. Around the world, only about 30 percent of health research positions are held by women. There’s an inherent bias. One solution would be to encourage and support more women and girls to go into STEM- and science-based fields and that has to start early in elementary school, junior high, high school. We can’t wait until university because many have dropped off by then.

Medical education has changed and will continue to change. When I did my medical school and residency training, there were no discussions about gender differences. No formal teaching on things like the social determinants of health. We were trained thoroughly in the medical model of health, but what we teach, practice, recommend and do as clinicians only affects about 10 to 20 percent of someone’s overall health. The other 80 to 90 percent is the social determinants. I am seeing this in school now — the newer generation of students, residents and physicians are more aware of the need to think more broadly than the traditional medical model. That means being aware of and acknowledging the gaps in health outcomes for patients and populations of patients.

As clinicians, once we’re aware of that gap, we need to commit to changing our knowledge, our attitudes and our behaviour as individuals. But there are also bigger structural organizational changes needed in the healthcare system. This is a discussion I’m having at conferences, and I am hopeful that change is coming. Even five years ago, I can’t think of a meeting where we would have had an open discussion like this on biases in the system.

Sham: There are trained urogynecologists in Canada who end up practising obstetrics and gynecology because they can’t make money doing urogynocology by itself. It’s drastically underfunded. On the patient side, we’ve talked to patients in semi-rural Ontario — not even fully rural areas — that have to wait 18 months to get conservative therapy. Not surgery, just conservative therapy. It makes me angry. I watched my grandmother go through this. It’s unacceptable. But outrage drives change.