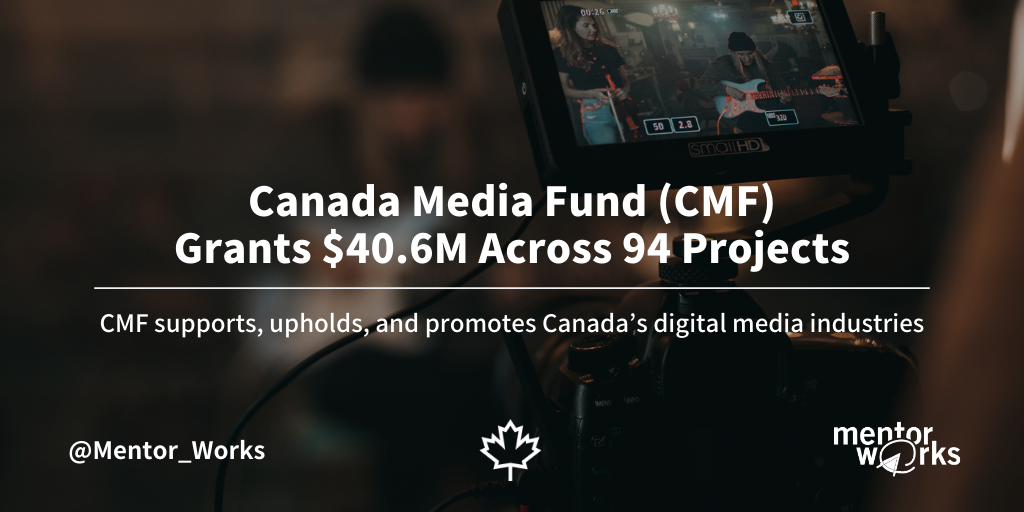 The Canada Media Fund (CMF), an organization that supports, upholds, and promotes Canada’s television and digital media industries, has announced an investment of $40.6M for the complete development and production of 94 Canadian projects.

“We have made, and will continue to make, every effort necessary to ensure Canada’s creators take their stories to screens here at home and around the world.”
– Valerie Creighton, President and CEO, CMF.

In the past year, CMF has supported a wide range of audiovisual projects across the country, including $13 million to 47 Canadian games and shows, and an additional $120 million in Emergency Support Funding for digital media businesses impacted by COVID-19.

What are the Canada Media Fund (CMF) Projects?

The core importance and critical nature of these seven CMF programs varies for funding to respect, promote, and preserve the numerous unique styles, cultures, languages, and storytelling formats that exist amongst Canada.  For example, the Indigenous Program for Production is dedicated to supporting Inuit, Metis, and First Nations communities by providing support for projects told from Indigenous perspectives and languages. Likewise, CMF’s Francophone Minority Program invests in projects which reflect the realities of French-language communities located in and outside of Quebec.

To learn more about each program, simply click on the links included in each project section.

The following is a breakdown of the projects that CMF’s $40.6 million investment will support through development, production, and marketing:

By supporting these projects, CMF guides the creation of innovative Canadian-made content, thus furthering Canada’s impact on a global stage, enabling a diversity of voice, and promoting access to all varieties of Canadian content through public and private sector partnerships.

If your organization is interested in funding for media innovation, there are several government programs, such as Creative Export Canada (CEC) and The Ontario Made Program, that support creative and cultural innovation. If your business has a creative and/or media project in mind, please contact Mentor Works and we can set up a Funding Discovery Session for you.